Goldsmith. Bulgarians, 125 years of history: the craft at the service of luxury

Goldsmith. Bulgarians, 125 years of history: the artigianaPrima still be a luxury brand in the multibrand, teaches the Bulgari represents the history and evolution of a family of jewel between the end of the nineteenth century and the twenty-first century. A 125 years after its foundation, there comes a recognition to a company that has succeeded in combining the aesthetics of a building to the quality of the product and its materials. But Bulgari is also a sign that international bases its image on ethics: is opposed to the market of "conflict diamonds" and for its 125th anniversary in 2009, adheres to the campaign of Save the children with a beneficial "rewriting the future" for which he has achieved a silver ring, to which the proceeds of the sale will go to the association. To celebrate the brand, the Poste Italiane issue April 24 for a 0.60 euro stamp that reproduces a necklace made of gold, platinum and precious stones, made in 1965.
HISTORY OF OTHER TIMES - Boulgaris The family, originally from the small village of Kallarrytes nell'Epiro, belonged allabulgarisavethechildren.jpg category of Greek silversmiths and produced mainly belts, buckles, sword sheaths, which drew the Byzantine style. The founder of the house, Sotiria Bouglaris, which later changed its name to Bulgari, left the country to move to Corfu, from Brindisi, Naples and then finally settling in 1881, in Rome, where he opened a shop in via Sistina in 1884. In 1905, with the sons Costantino and Giorgio, 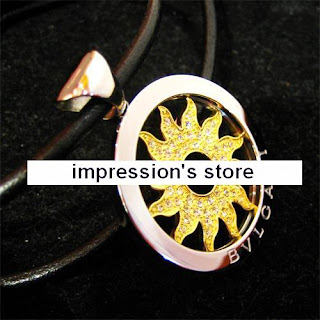 the jewelry starts at number 10 of Via Condotti (Lerpi Palace), which still remains the main store of the Bulgari family. The production is distinguished by technical ability, where the ancient Byzantine myth and art are based Sotiria into the classic that manages to innovate the boundary of the shapes and styles. In the first decade of the twentieth century, Bulgari reiterates its formal language and the two children, who slowly take over the Judas of the company, are developing an increasing interest in the creations of jewelry associated with the search for precious stones. Participating in the Art Deco movement in the 40s and invent a style that contaminates the greek-roman classicism to the Italian Renaissance goldsmith and the Roman school of the nineteenth. While George is dedicated to the management of commercial, Constantine is applied in the study of ancient gold. In the years'50-'60 style innovative Bulgari is declared at gaining international players in the world of film and jet-set. An industrial production that preserves the aura of craftsmanship - as was highlighted in the exhibition "Palace and Crafts" promoted on the occasion of Italy - Japan "in 2001 - so that each jewel takes shape through a drawing conducted watercolor or tempera, while the hand of the artisan is responsible for softness, the roundness and perfectly matched to the materials used. In the book "Bulgari", published by Electa, the curator Amanda Triossi and Daniela Mascetti, trace the history of the family and that of his artistic production.

FROM 1970 TO TODAY - The seventies marked a decisive step on initiating the first phase of espansionemagnificeitngioielleria.jpg abroad with the opening of stores in New York, Geneva, Monaco and Paris. While enlarging its production running in 1977, the first watch Bvlgari Bvlgari, now considered a classic in the world of watchmaking. For this area in 1980 founded the company Bulgari Time in Neuchatel, Switzerland to manage the creation and production of watches. Bulgari here has managed to combine an elegant design to sophisticated mechanisms, as guaranteed by the criteria of quality certification in Switzerland. Alba says Cappellieri - associate professor at the Faculty of Design of Politecnico di Milano teaches History of 'Architecture and Design and Design-Gioiello that "in the'70s Cartier and Bulgari have realized that it was necessary to make their products accessible. This was a great marketing operazionebulgaribulgari.jpg that made possible the survival of marks with the pieces was guaranteed. Here then dividing Magnificent Bulgari jewelery and jewelry, meaning by that of the first pieces and the second pieces more affordable. A test of true - concludes 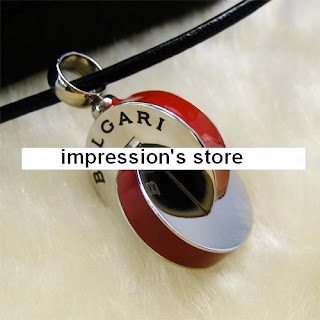 the Cappellieri - when the turnover of Bulgari is based on sales of fragrances, eyewear and jewelry that category of serial. Of a multibrand felt as the early eighties. In 1984, Paolo Bulgari, the son of George, became president of the Company, while Nicola Bulgari and Francesco Trapani are appointed, respectively, vice president and managing director. In the nineties the company diversifies production, in tandem with the needs of an international market and increasingly competitive. The season of multi-thus began with the production of accessories, leather goods, scarves, ties, sunglasses and then in 1993 entered the market with the smells of Eau parfumée au Thé Vert, followed by the founding of the company Bulgari Parfums, based always in Switzerland. From the mid nineties the company was listed on the Milan Stock Exchange and continues its diversification in 1996 by launching the first collection in silk. A business strategy verticalisation Group leading in 2000 to acquire new brands of high watchmaking including Daniel Roth and Gérald Genta, and in 2002 acquiring 50% Crova, a jewelry brand that historic high in 2005 will become 100% of Bulgari. Investing in services and luxury goods as an expression of Italian life bulgarisedestoricaviacondotti.jpgstile founded, inter alia, the Bulgari Hotels & Resorts, a joint venture between Bulgari and Luxury Group, 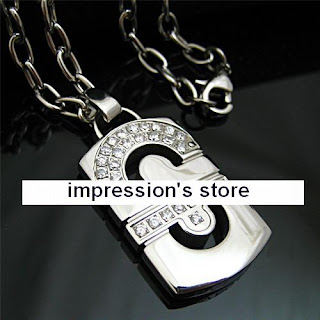 the hotels division of Marriott International. The rise of non-stops, and in 2004 proposed new product launches are associated with a development strategy for the business and development, which culminates in the production of diamond jewelry that you create a company owned 50% by Bulgari International Corporation and the remaining 50% is LLD Diamonds Ltd., a company wholly controlled by the Leviev Group, the largest producer of cut diamonds in the world. Among other acquisitions in industries becoming part of the Bulgari Group two Swiss companies, the Cadrans Design and Prestige d'Or. In the area of accessories, the company Bulgari acquires toscana Pacini, renamed Bulgari Accessori Srl, active in the production of bags in leather and fine fabrics. The year 2005 is remembered as a year of historic proposing a new collection of extraordinary pieces in diamonds, presented in Milan during fashion week but also for the increase in retail outlets abroad, including Japan.

EXHIBIT A THE PALACE OF EXHIBITS - The exhibition "Bulgari. Between Eternity and History 1884-2009. 125 years of Italian jewelry "that s'inaugura May 22 2009 at the Palazzo delle Esposizioni in Rome, curated by Amanda Triossi, 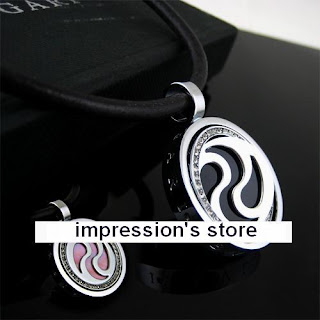 spillatremblantanni60bulgari.jpgpropone a course that discusses the history of the brand since its foundation. Will be presented over 400 works of the house, including jewelry, watches and precious objects, accompanied by several documents, drawings and photographs of famous guests, drawn from the history of the company, including industrialists, aristocrats, famous artists like Andy Warhol -- great admirer of Bulgari and divi-film. A retrospective exhibition highlighting the bond of Bulgarians with the eternal city where it was founded the first store. Two centuries of activity during which the production of Bulgari ran parallel to the demands of fashion and innovation, both technical and stylistic. The Art Deco building, iniziobulgarigirocolloconciondolo.jpg Novecento, aligned to the French taste, the public can admire the different styles that have succeeded in the twentieth century: the splendor of the fifties, with stones cut "cabochon" that reflects the Renaissance style, the profusion of diamonds as in "Pin tremblant" el'esplosione the color of precious stones considered the renaissance of the color with natural forms and assimetriche the sixties. We arrive at the 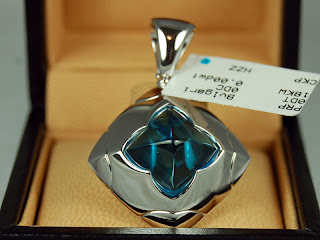 glamor of pop art and design geometrcio characterized by chromatic contrast'70s exemplified by the "package tour with outstanding track with earrings." While in the eighties, the jewel is adjusting to the demands of the prêt-à-porter, which requires, as the Triossi, a new way of thinking and producing jewelry. In the exhibition, therefore, a number of items never appeared in public, from private collectors, and products from Bulgari Vintage Collection, a permanent museum collection of objects out of the market.


to serve the luxury
Posted by Bvlgari Jewellery at 12:51 AM